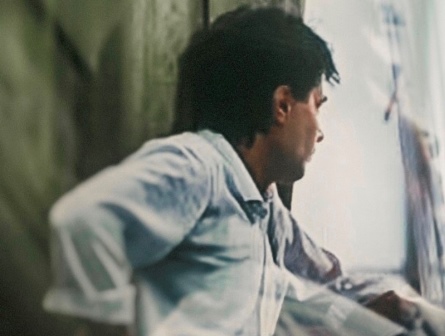 Two films by acclaimed Iranian filmmaker Abdolreza Monjezi are to be presented at the Festival. Both are U.S. premieres. Monjezi's latest, The Shop Window, was completed in September 2018 and is a testament to love, courage and sacrifice.

Abadani was filmed and completed in the years 1989-1990 and has not been shown since. The film was recently released from the archives and has been prepared with English subtitles for this first-ever U.S. screening. The film is set during Iran’s war with Iraq in the 1980s, and explores the extent to which love can flourish amidst the horrors of a brutal military conflict.

Abdolreza Monjezi
Abdolreza Monjezi is a film director and a writer, based in Tehran, the capital of Iran. He is chairman and spokesman of the Iranian Center for Screen Writers. Over the years he has collaborated with famous Iranian film directors such as the award-winning Masoud Kimiai and Naser Taghvai. Unable to travel to the United States, Abdolreza Monjezi can be found and followed on Twitter and Facebook.

Khosro Shakibai
Shakibai is the lead actor in Abadani. He began his artistic work in theater. His other acting credits include Red Line, directed by Masoud Kimiai, and Hamon, directed by Dariush Mehrjui. The latter assured Shakibai’s reputation as one of the leading actors in post-revolutionary Iran.

Fariba Kosari
Abadani was Ms. Kosari's third movie and she is currently rated as one of the most successful actresses in Iranian cinema.

Amir Mogholi
Mogholi is one of the most prolific TV producers in Iran. He specializes in creating in-studio fictional dramas with a documentary-like atmosphere.

Nima Oraki
Oraki is the musical director of The Shop Window. He began playing piano at a very young age and at 14, was recognized as one of the best pianists in Iran. He is now 25 and has won two international musical awards.