Chanel Bibene Talks "Religion Kitendi," and Takes Us Through His Artistic Journey 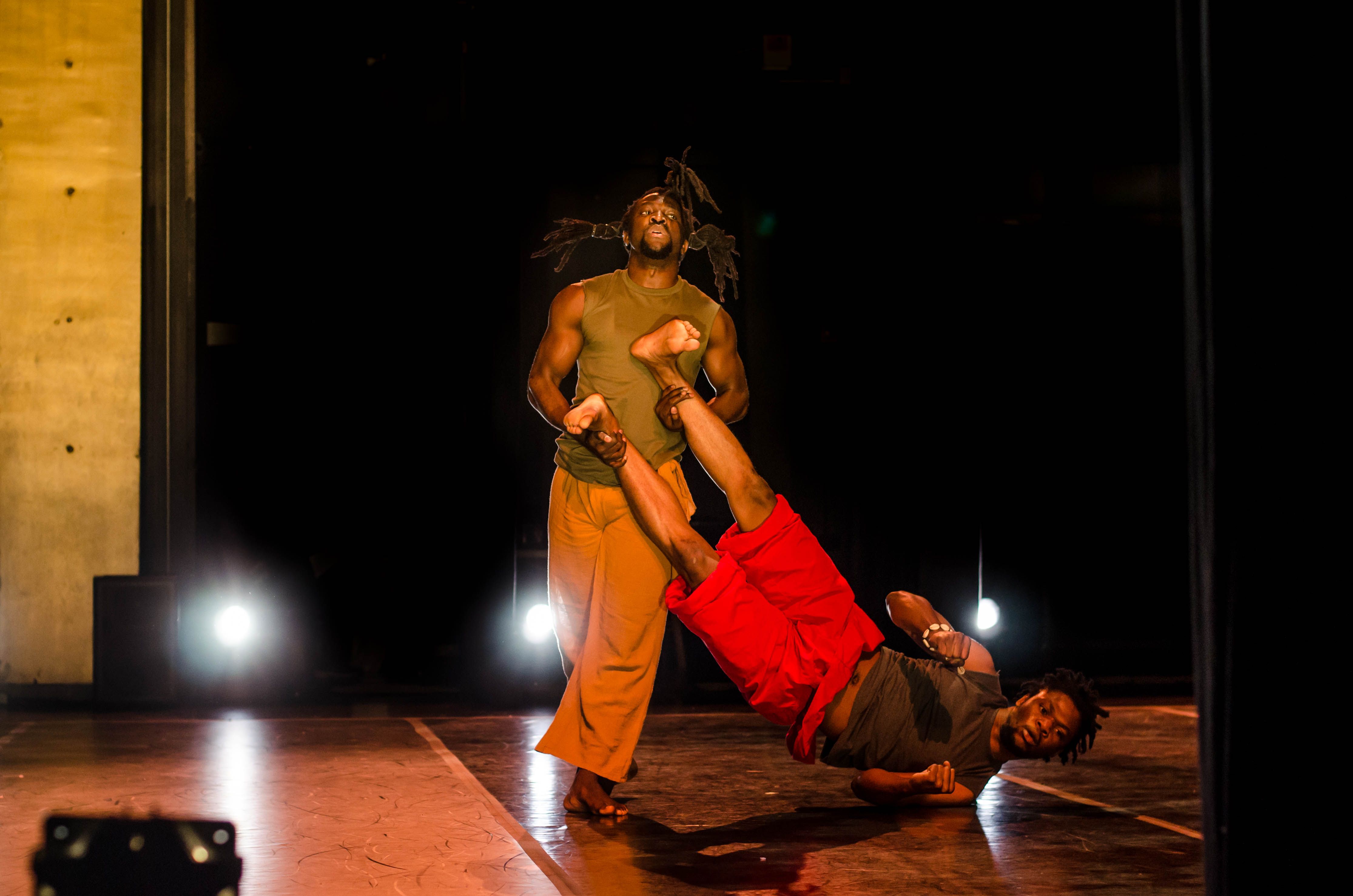 “The wealth of our differences,” Byb says, when he looks back on his incentive for starting Kiandanda Dance Theater and Mbongui Square Festival.

On a quiet Thursday morning, I had the pleasure of speaking with multidisciplinary artist and founder of Kiandanda Dance Theater Chanel “Byb” Bibene about his upcoming performance for the San Francisco International Arts Festival (SFIAF) and his journey as an artist.

The occasion will mark 15 years since Byb made his US debut at the Festival in 2007 as part of the Congolese Compagnie Li-Sangha. Now, with a production that is funded by both the National Dance Project and the Center for Cultural Initiatives (CCI), it feels like Byb and Kiandanda have gained a level of recognition and acceptance in his (partially) adopted country.

But it also marks a point of departure for Byb, whose past choreographic work has often featured dark themes that have drawn urgent attention to the plight of refugees from armed conflicts around the world.

While still a politically driven piece, with Religion Kitendi, Byb has added another dimension to his work – that of levity and humor. We are talking about how haute couture is incorporated into this latest work.

“There is an ironic humor in the sorrowful trend of people spending inordinate sums of hard-earned money to seek joy and hope in kitendi (clothes). But these can also be seen as acts of resilience that bring affirmative feelings of prosperity, and with them a sense of healing and belonging.”

Referred to as La Sape (pronounced “sap”) Byb explains sapeurs come together on weekends for competitions; to battle in categories such as “Most Handsome” and “Best Dressed.” Ultimately, he says, the results come down to the way each competitor can charm the crowd.

In other words, the term “sapeur,” refers to a group of Congolese men and women who dress in haute couture, but may not be so haute themselves.

“They come from poor families, most of the time, they live in poor neighborhoods, but they work hard and all the money goes to buying expensive European brands,” Byb cites well-known brands like Gucci, Versace, and J.M. Weston as examples.

“I have to appear to be wealthy when in reality I am not wealthy,” Byb explains his analysis of this practice. He believes these perspectives stem from the peoples to belong in society, and starts with clothing.

He criticizes, “Eventually… you are just feeding onto the economy of the same people who colonized you.”

The showing of “Religion Kitendi-Dress Code,” will question why and how the Eurocentric dress code became the standard among many communities. He laughs as he assures the performance will remain fun, musical and unifying– despite the socio-political profundity of the piece.

When we began speaking, Byb recalled when he moved to the Bay Area from the Congo.

“Looking at this environment, [it is] very multicultural, there are people from all over the place, all over the country, all over the world,” he says, “now there’s the notion of communities… I thought this is beautiful, but at the same time it’s almost a form of division.”

Byb noticed that even though this was supposedly a multicultural space, “people felt comfortable in their respective communities. As if to say, “This performance is done by this community and other communities do not come to support.”

He strives to make a difference with Kiandanda Dance Theater, and he is enthusiastic as he shares his inspiration behind the niche he has created for the ensemble.

Now, “When you come to see a Kiandanda show,” Byb says, “you can see dance, music, and I made sure these performances are representing different communities. So you are, for sure, seeing everyone coming together, mingling and sharing.”

Further into our conversation, I ask Byb about his experience on his very first stage.

Having a traditional father, Byb says his family was never involved in his artistic endeavors. With a bachelor’s degree in economics and a master’s in finance, Byb laughs, “the plan was to work in a bank!”

He mentions his parents allowed him to perform because he was doing so well in his studies. “It’s incredible. I’ve toured internationally, I’ve been a performer all over the world, but they’ve never seen me.”

The real transition in his career happened during his graduate study, when Compagnie Li-Sangha was selected for the Danse en Danse Festival in Paris in 2006, “since then I started travelling the world.”

“Becoming a professional dancer, it really happened by chance,” says Byb. He is bashful as he reminisces, “For me, it was like a form of therapy… it saved my life.”

Byb explains the city of Dolisie plays a significant role in his artistic journey, “My perspective of the world started changing there.”

As a refugee of the civil war in 1997, Byb remembers being taken from his parents when he was only a teen. The separation from his family, lack of food and water, and, at the time, fear of the unknown influences his work to this day. “I know that I went from having everything in life to having nothing in life, so that was a great lesson,” he says.

Byb is sympathetic when he expresses the hardships he’s seen friends go through post war– some turning to drugs and alcohol to cope.