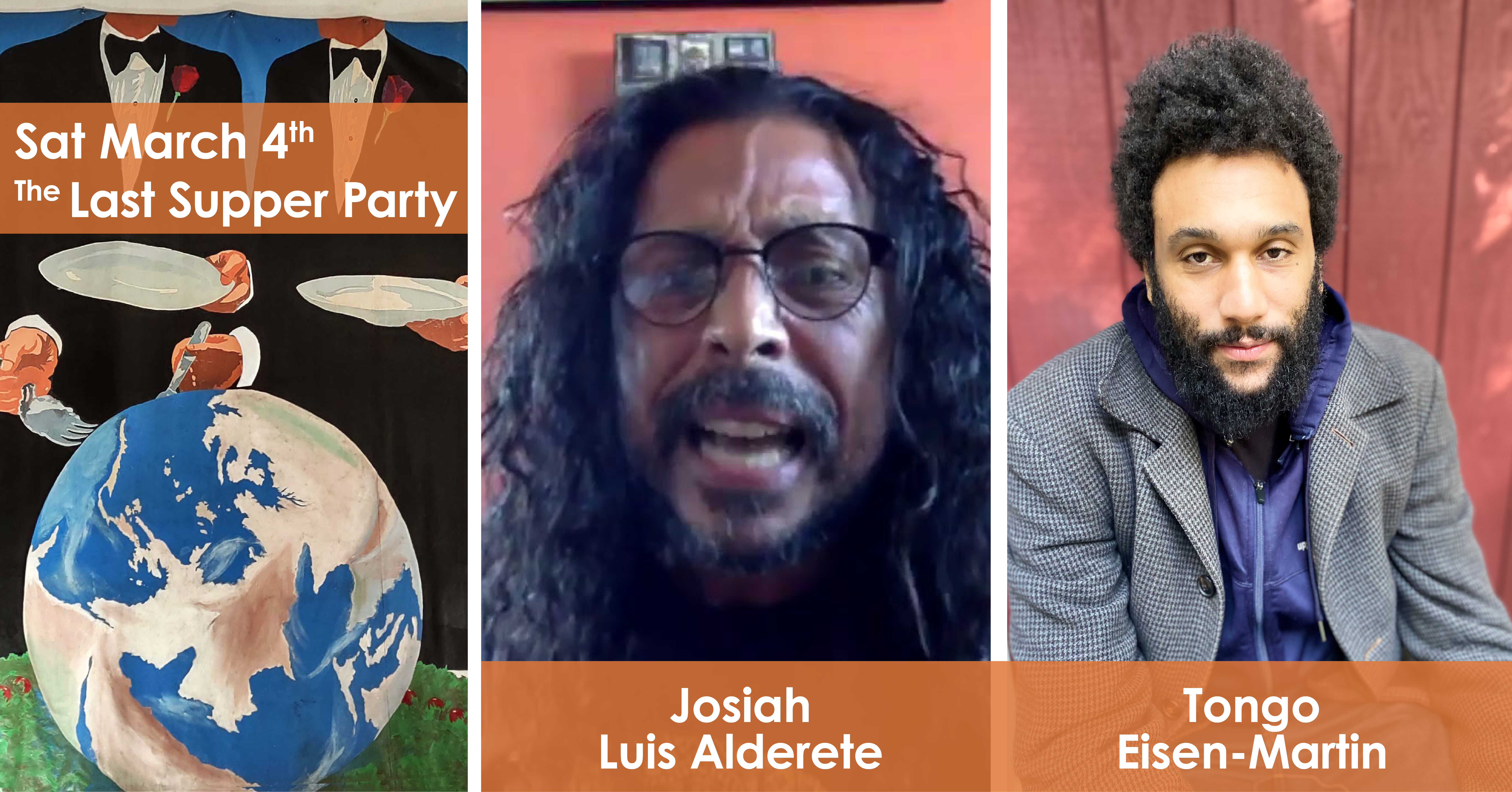 
Josiah Luis Alderete
Josiah Luis Alderete is a full blooded Pocho, spanglish speaking poeta who first learned how to write poesia in the kitchen of his Mama’s Mexican restaurant. He was one of the founding member of  Bay Area outspoken word group The Molotov Mouths and is the curator and host of  the long running monthly Chicano/Latinx reading series, Speaking Axolotl. This year he had the honor of being one of the recipients of the  2021 San Francisco Foundation/Nomadic Press Literary Award and also had his first book of poems Baby Axolotls & Old Pochos published by Black Freighter Press.

Tongo Eisen Martin
San Francisco native, Tongo Eisen-Martin is a poet, movement worker, and educator. His latest curriculum on extrajudicial killing of Black people, We Charge Genocide Again, has been used as an educational and organizing tool throughout the country. His book titled, Someone's Dead Already was nominated for a California Bookstore Award. His book Heaven Is All Goodbyes was published by the City Lights Pocket Poets series, was shortlisted for the Griffins Poetry Prize and won a California Book Award and an American Book Award. His latest book Blood On The Fog was released this fall in the City Lights Pocket Poets series and named one of the New York Times poetry books of the year. In 2020, he co-founded Black Freighter Press to publish revolutionary works. He is San Francisco’s eighth poet laureate.