An Evening of Performance and Poetry with Georgina Marie Guardado, Mia Ruiz and Jorge Molina
Curated by Kimi Sugioka
Open Microphone to Follow 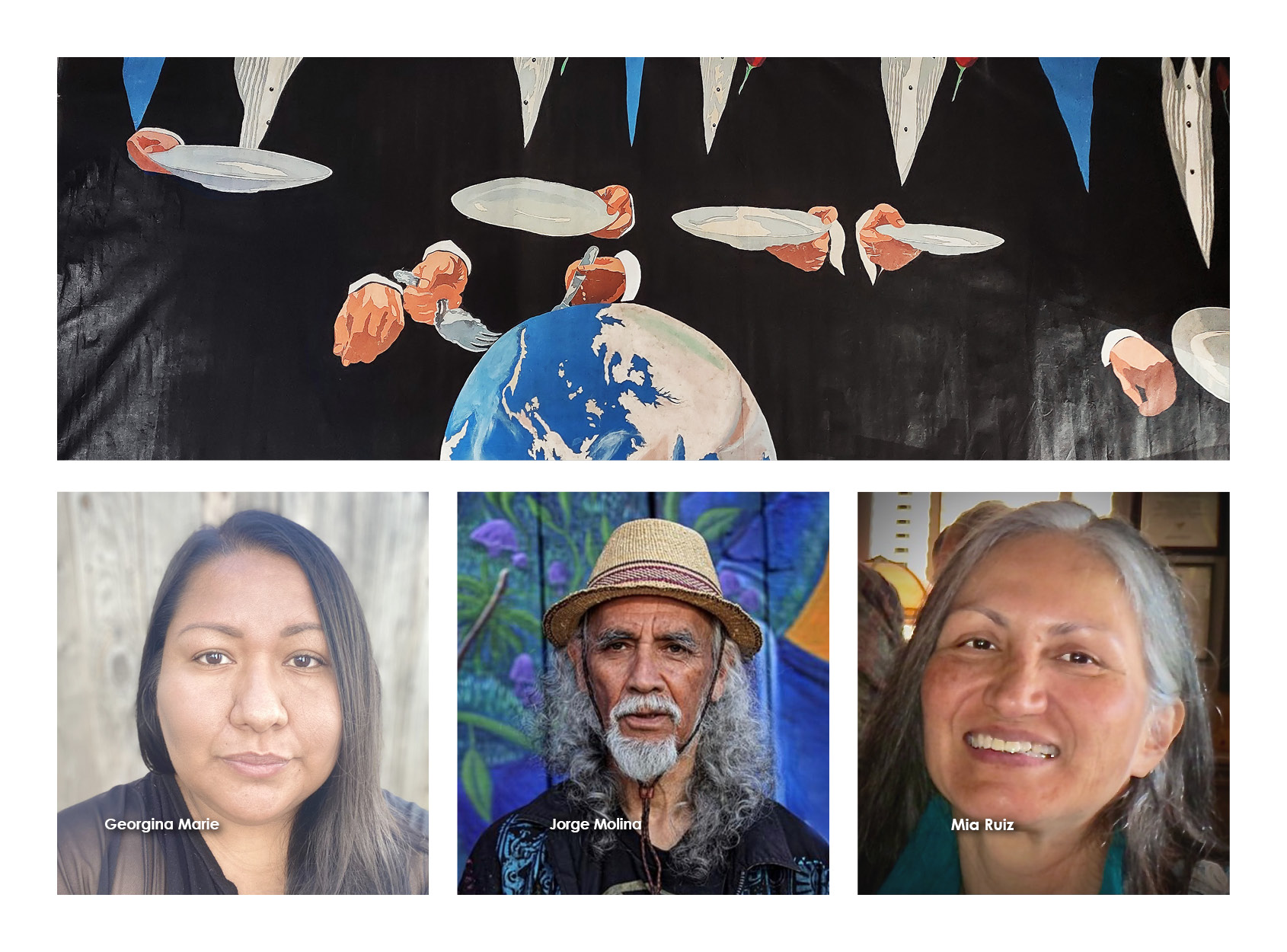 
Georgina Marie Guardado
Georgina Marie Guardado is the Poet Laureate of Lake County for 2020-2024, a Poets Laureate Fellow with the Academy of American Poets, and Poet in Residence for The Bloom. She has received support from the Mendocino Coast Writers Conference, where she now serves on the Board of Directors, and the Napa Valley Writers’ Conference. Her work has appeared in The Bloom, Noyo Review, Poets.org, Humble Pie Magazine, Gulf Coast Journal, and Yellow Medicine Review, and is forthcoming in Colossus: Freedom and The Muleskinner Journal. She is currently working on her full-length poetry manuscript, The Length of Trauma Covets.

Mia Ruiz
Mia Ruiz is a first generation, Peruvian-American poet, mestiza of Andean origin. She resides in the beautifully biodiverse, geographically chaotic, complicated county of Lake, CA.  Her home sits before Clear Lake on land where the Southeastern Pomo tended and lived for over 10,000 years; across from the Elem Indian Colony of Pomo Indians of the Sulphur Bank Rancheria and Mt. Konocti, a ‘dormant’ volcano, whose threat of eruption was elevated to ‘high’ risk in 2018.  Her poems have been published in two anthologies entitled Resilience and Restore compiled through Middletown Art Center after the recent firestorms.

Jorge Molina
Peruvian born Jorge Molina arrived in San Francisco in April 2 1965, where he joined the movement to change the world. In the 70s he was invited by a group of artists and visionaries in the Mission district in the creation of the Mission Cultural Center for Latino Arts. Over many years, Jorge has become acclaimed as a performing artist, musician, composer, shaman and leading voice in the City’s Latinx community. Among his many current commitments and ongoing initiatives, Jorge is currently a curator/curandero for Mission Arts Performance Project.