Equal Protection
for the Arts

RSVP FOR THE PARTY

OR MAKE A DONATION


Tell Your Friends on Social Media

A short video reel with excerpts from our October 24-25 outdoor program at Fort Mason. The purpose of the event was to test COVID-19 safety guidelines for the performing arts. For more details on the bizarre bureaucratic odyssey that ensued as the City & County of San Francisco funded, permitted and then tried to undermine the program, please CLICK HERE

Ultimately, despite all of the unnecessary melodrama, the event resulted in a safe and joyous experience for all who attended. 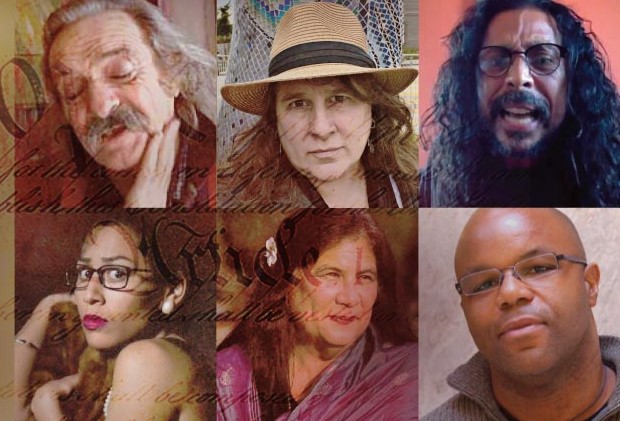 This year, the Festival’s annual holiday fundraiser is dedicated to the intriguing theme of Equal Protection Under the First Amendment. We are advocating for the Freedom of Speech rights of the performing arts at this juncture for two reasons:

So, optimally, we are staging this year’s fundraising event to ask for support to go towards programming outdoor performing arts events starting on May 1, 2021. But, in the event that discussions with the City & County do not progress, we may need some of the funds to allow us to contemplate a full range of legal remedies—up to and including filing an appeal to the Ninth Circuit.

As such, we invite members of the public to join us for a packed and interactive program of poetry and spoken word performances hosted by performance artist, Nkechi Emeruwa-Neuberg. The featured artists (curated by Kimi Sugioka, the Poet Laureate of the city of Alameda), will address different aspects of the First Amendment. In addition to outstanding performances the evening will include guest appearances by several luminaries who are part pf the Festival's extended family, a sneak-preview of the Festival's spring 2021 outdoor season and an in-person chat with the Festival's legal team as they review our First Amendment case.

Nota Bene
This is an invitation to a celebratory public event, so we have endeavoured to keep it upbeat. But we are very serious about our commitment to opening the performing arts industry safely in the spring of 2021. We have written at length regarding our rationale for reopening the arts. Both our REASONING and the GUIDELINES for safely staging public performances can be reviewed at the links in the highlighted text. We encourage people to read these documents and we welcome feedback, advice and input as to how our ideas can be augmented and improved.

Josiah Luis Alderete
Josiah Luis Alderete is a full blooded Pocho, Spanglish speaking poeta who has been an active part of la Area Bahia's spoken word scene for over twenty years. He was a founding member of outspoken word group, The Molotov Mouths and is the curator and host of the long running monthly Chicano/Latinx reading series Speaking Axolotl that takes place on the third Thursday of every month in el Zoom mundo. Josiah’s book of poems, Baby Axolotls y Old Pochos is being released this year by Black Freighter Press.

Kim Shuck
Kim Shuck is a silly protein and the current and seventh poet laureate of San Francisco. In 2019 Kim was awarded one of 13 inaugural National Laureate Fellowships by the Academy of American Poets. In 2020 Shuck received a Creatives In Place Fellowship. Kim is the solo author of eight books, is widely anthologized and appears in many journals. She is still proudest when handing the mic to someone else.

Rosewater Vigilante
Rosewater Vigilante is an afrofuturist, writer, podcaster, and rumored witch living in Oakland. Rosewater's latest project, The Lavender Files is a speculative fiction film-noir radio drama about how to disappear when privacy is dead, and what family will do to get you back.

Kimi Sugioka
Kimi Sugioka, is an educator and poet. She earned an MFA at Naropa University and has published two books of poetry; the newest of which is Wile & Wing on Manic D Press. As the newly inaugurated Poet Laureate of Alameda, she will try to engage the community in a multi-cultural and inter generational exploration of poetry and literature. Her work appears in anthologies such as: Civil Liberties United, Endangered Species, Enduring Values, Standing Strong, Colossus, and Colossus: Home.

Nkechi Emeruwa-Neuberg (Host)
Nkechi is a San Francisco Bay Area actor, singer-songwriter, painter and performance artist. She recieved her Bachelor of Science in Electrical Engineering from Stanford University. While at Stanford she performed in a few theater productions and on a dare auditioned for and was chosen to sing lead for a college band. After working a few years as an engineer for a leading semiconductor chip manufacturer in Silicon Valley following college, she felt inspired by God to pursue life as an artist. Nkechi entered the entertainment industry as a model and after some acting training began booking national commercials. After studying the Meisner Technique to further develop her craft as an actor roles in film and theater have been added to her growing resume.

Ric Salinas
Ric Salinas is a Salvadoran American actor, writer, and producer. He is a cofounder of the comedy triumvirate known as Culture Clash. Along with Richard Montoya and Herbert Sigüenza, the group has been plying its brand of biting political satire since 1984. Ric starred in the title role of the play PLACAS: The Most Dangerous Tattoo by Paul Flores, originally produced and presented by the Festival in 2012.

Will Power
Will Power is an internationally renowned playwright, performer, lyricist and educator. His plays and performances have been seen in hundreds of theaters and concert halls throughout the world including Lincoln Center and the Public Theater (New York), Battersea Arts Centre (U.K.), Sydney Opera House, as well as numerous venues in Asia, Africa, Europe and throughout North America. Will presented the west coast premiere of his award-winning one-man show, Flow at the Festival in 2003.