If you miss our early bird offerings, take advantage of our Festival Pass and see five shows for $70.00 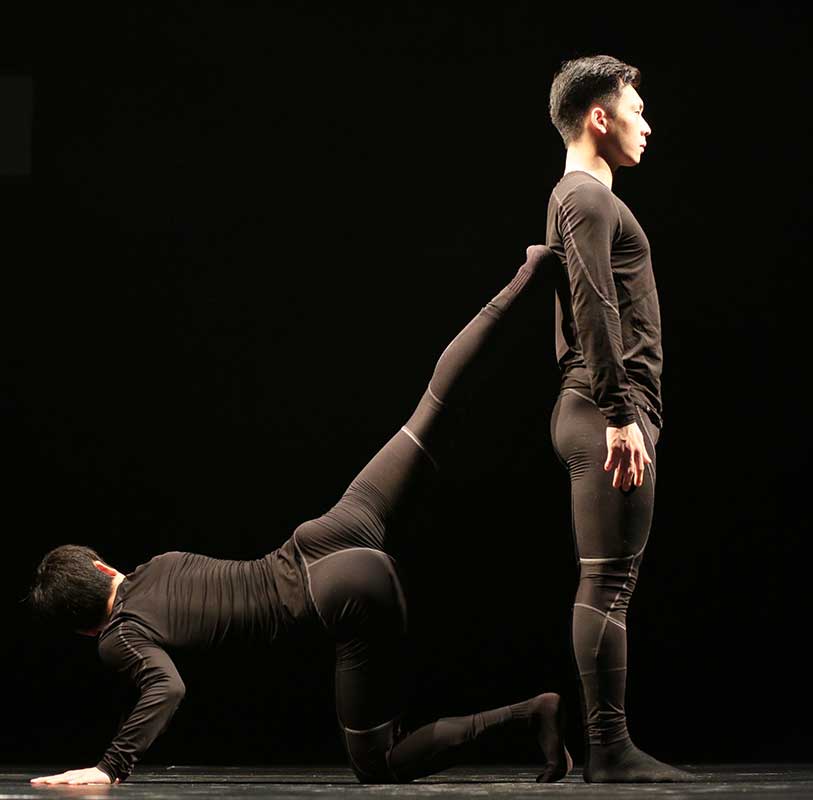 From the Top is a witty dance work that explores the power relations between performers and dance makers. The piece presents to the audience a fictional scenario based on the everyday life of dance artists and looks at the absurd nature of so-called artistic integrity and what it means to make art. Action on stage is juxtaposed with voiceovers and surtitles to reveal the politics between the ever-demanding choreographer and dancers who continuously attempt to fulfil a choreographer's artistic “vision”.

Victor Fung is an award-winning choreographer based in Hong Kong and London. He received the Award for Young Artist at the Hong Kong Arts Development Awards 2013 for his international achievements in dance. He has been commissioned by organisations including Hong Kong Arts Festival, City Contemporary Dance Company, Chisenhale Dance Space, and Hong Kong Academy for Performing Arts amongst others. Besides choreographing, Victor is currently conducting doctoral research on the development of creativity in dance training with support from Middlesex University and Dance4. He is also a Clore Fellow of the Clore Leadership Fellowship Programme and a Shadow Trustee of Hofesh Shechter Company.

Ronny Wong graduated from The Hong Kong Academy for Performing Arts with a BFA (Hons) degree. He furthered his studies as a member of postgraduate company Transitions Dance Company at Trinity Laban where he gained his MA in Dance Performance. He has worked with some of the most renowned companies in the UK such as Luca Silvestrini's Protein Dance, Maresa Von Stockert's Tilted Production, Candoco Dance Company and Lea Anderson's The Featherstonehaughs. Ronny is currently a lecturer at HKAPA School of Dance and has been working with Victor Fung Dance since 2015.

Kenny Leung graduated from The Hong Kong Academy for Performing Arts with an Advanced Certificate in Chinese Dance and Taipei National University of the Arts (School of Dance) with a MFA in Performance. In 2013, he worked with Taiwanese choreographer Ho Hsiao-mei of Meimage Dance Company. Kenny joined Victor Fung Dance in 2014 and has appeared in two company productions including L'étranger and From the Top.