An Evening of Performance and Poetry with Karla Brundage, Natasha Dennerstein and Clyde Leland
Curated by Kimi Sugioka
Open Microphone to Follow 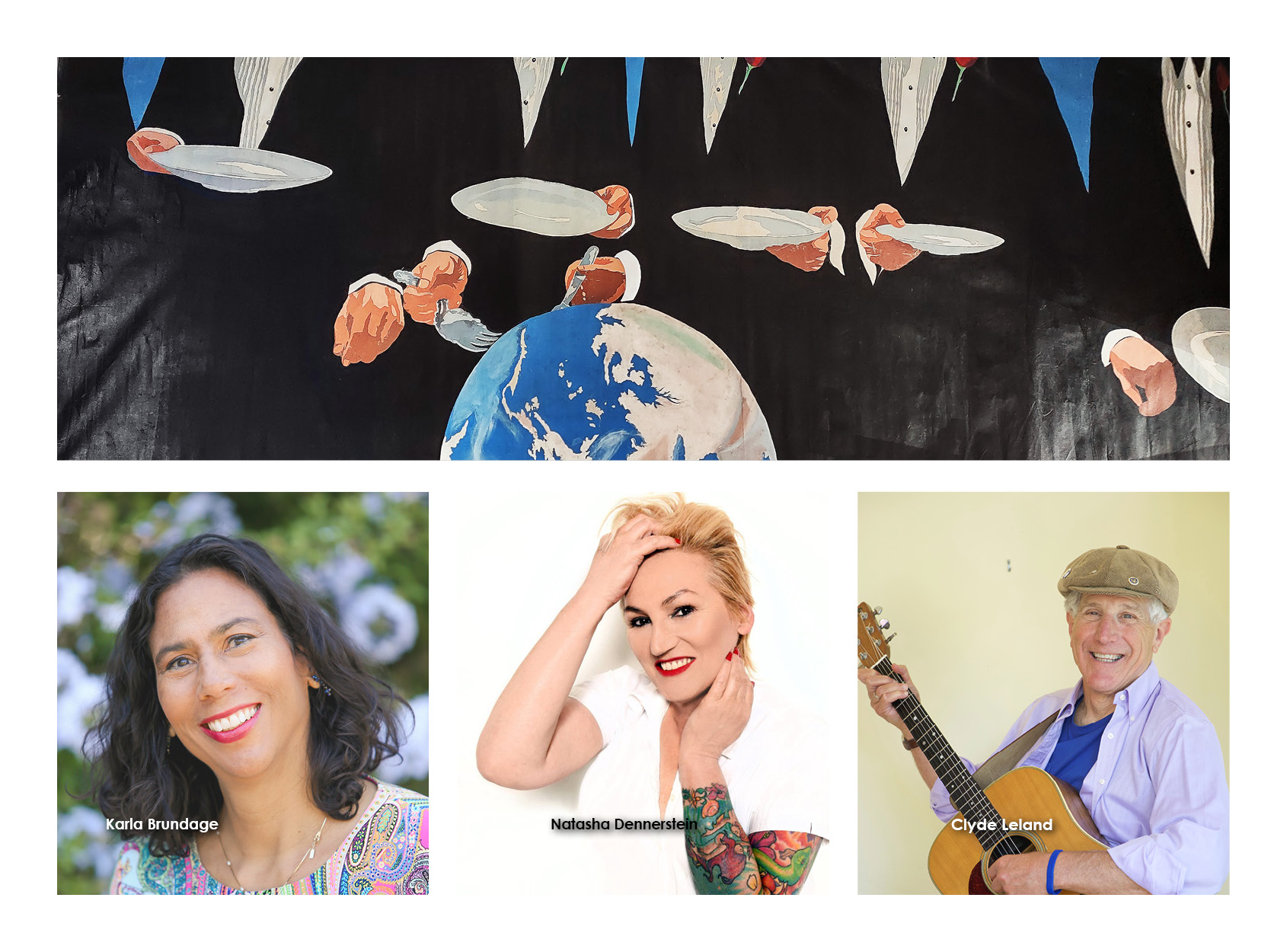 
Karla Brundage
Karla Brundage is a poet, editor, essayist, teacher and beach lover.  A recipient of a Fulbright Teacher Exchange she spent a year teaching in Zimbabwe and three years in Cote d'Ivoire where she founded West Oakland to West Africa Poetry Exchange. She is author of two books, Swallowing Watermelons and Mulatta- Not so Tragic co-authored with Allison Francis. She has performed her work onstage and online, both nationally and internationally. Her poetry, short stories and essays can be found in Essential Truths, Multi-America, Konch, Hip Mama, sPARKLE & bLINK, Bamboo Ridge, Vibe.  In 2020, her poem Alabama Dirt was nominated for a Pushcart Prize.

Natasha Dennerstein
Originally from Melbourne, Australia, Natasha Dennerstein is currently based in Oakland, California and has had poetry published in many journals internationally. Her collections “Anatomize” (2015), “Triptych Caliform” (2016) and her novella-in-verse “About a Girl” (2017) and her trans chapbook “Seahorse” (2017) were all published by Nomadic Press in Oakland. In 2018 she was a Fellow of the Lambda Literary Writer’s Retreat. Natasha works at St James Infirmary, a clinic for sex-workers in San Francisco. She has an MFA from San Francisco State University.

Clyde Leland
Clyde Leland, a native San Franciscan living in Berkeley, is a singer-songwriter who has performed throughout the Bay Area.  Like his songwriter hero, John Prine, Clyde writes songs that are sometimes funny, sometimes poignant, often political, and usually in the key of C.  While singing with his granddaughter’s class ten years ago, he realized that singing with kids is more fun than teaching law students, so he retired from his positions teaching Legal Writing and Legal Ethics to launch Sing Along With Grampa Clyde. He sings for children in preschool and daycare centers daily and has produced a CD of kids’ music. Clyde has served on the Board of Directors of the Freight & Salvage Coffeehouse in Berkeley, the oldest folk music venue west of the Mississippi, and is a member of the Chapter Council of Jewish Voice for Peace Bay Area.