An Evening of Performance and Poetry with Dee Allen, Tiny Gray-Garcia aka PovertySkola and Tony Aldarondo
Curated by Kimi Sugioka
Open Microphone to Follow 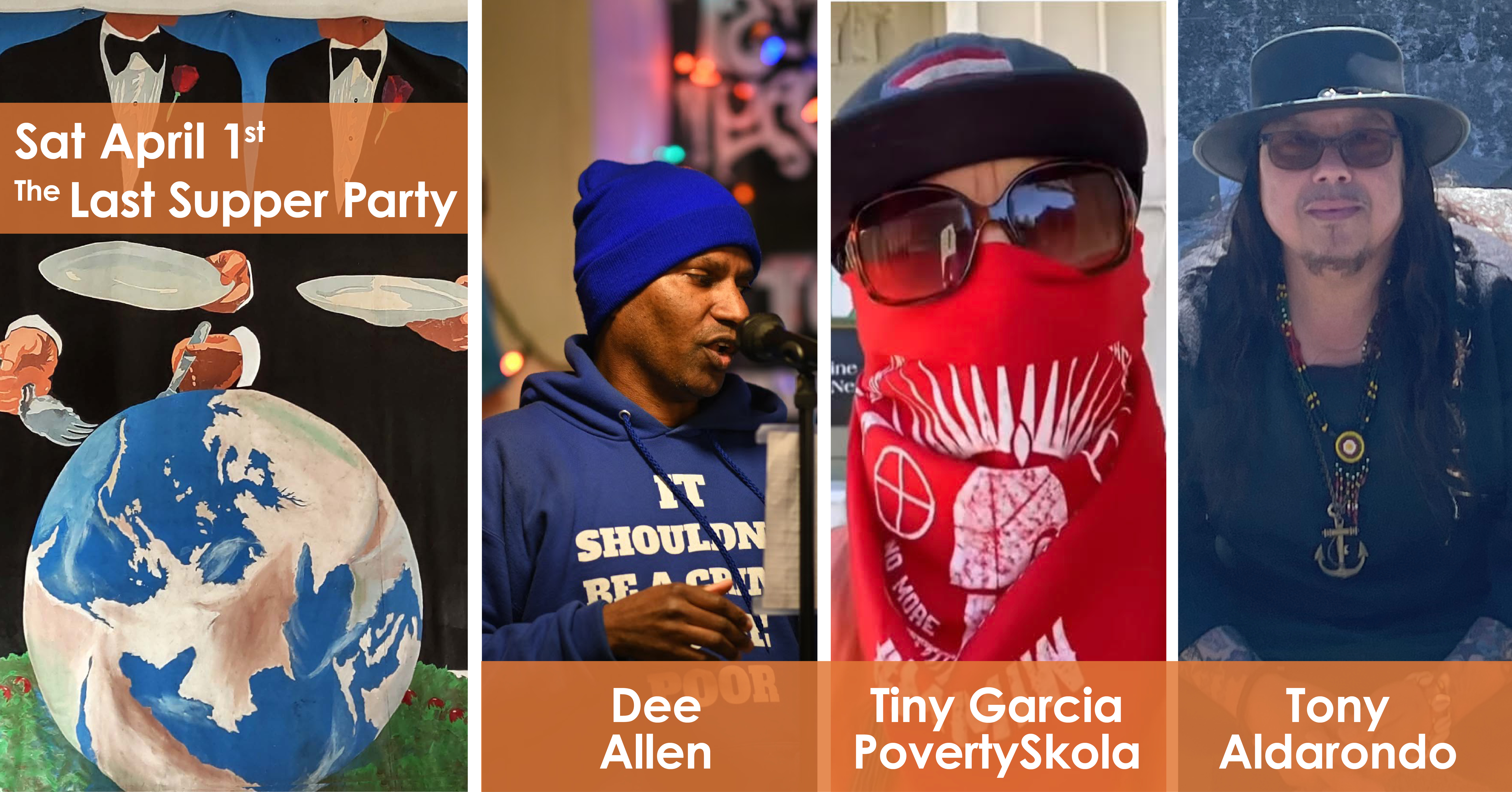 Dee Allen
Dee Allen is an African-Italian performance poet based in Oakland, California. Dee has been active in the realms of creative writing & spoken word since the early 1990s. During that time, he has been the author of seven books: Boneyard, Unwritten Law, Stormwater, Skeletal Black (all from POOR Press), Elohi Unitsi (Conviction 2 Change Publishing) and his two most recent, Rusty Gallows (Vagabond Books) and Plans (Nomadic Press). Thus far, Dee also has 61 anthology appearances under his figurative belt and is currently seeking a publisher to transform his latest finished manuscript into an eighth printed book.

Tiny Gray-Garcia aka PovertySkola
Tiny Gray-Garcia is the formerly houseless, incarcerated, daughter of Dee. She is also a poet, playwright, revolutionary journalist and author of When Mama & Me Lived Outside, Criminal of Poverty Growing Up Homeless in America and many more publications, plays and articles. Tiny is the co-founder and visionary of Homefulness, POOR Magazine and Deecolonize Academy.

Tony Aladarondo
Tony Aldarondo has performed music and poetry in venues throughout the San Francisco Bay Area, overseas and once while standing up on a Jet Blue airplane! He is also a theater and film actor and voice-over artist. Tony is the author of his self-published Big Heart Poet, his first full length poetry book on Humming Word Press.