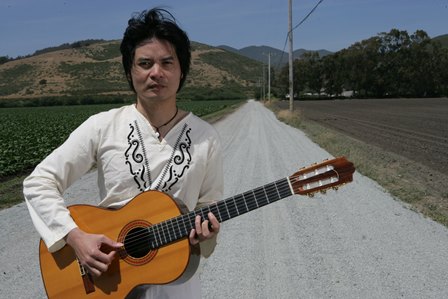 An artistic rendering of sounds between people, nature and the supernatural, UTOM is a five-movement suite inspired by a mythical story of deity Boi Henwu and informed by musical traditions and indigenous instruments of the T’boli people of Southern Mindanao in the Philippines. This is the 5th Kularts commissioned work from master musician Florante Aguilar - Aswang (2014) Maség Typhoon (2014), She Who Can See (2015), Ba-e Makiling (2016). UTOM is inspired by the T’boli’s practice of expressing the mysteries of our world in music, Aguilar creates compelling narrative of human emotion using both both western and indigenous instruments.

Florante Aguilar champions Philippine music art forms. Born in Manila, Aguilar learned to play the octavina in a rondalla group at nine years old. He trained in classical music at the University of the Philippines College of Music and the Manhattan School of Music in NYC. He received his Bachelor of Music degree at the SF Conservatory for Music. His search for a tradition-based contemporary Filipino sound led him to harana courtship music. His 2012 film, Harana: The Search for the Lost Art of Serenade is an award-winning documentary, Aguilar has received grant awards from the Gerbode Foundation, National Endowment for the Arts, SF Arts Commission, and SF Foundation.

Nick Galang is a percussionist, music producer, and DJ born in Manila and based in San Francisco. Before relocating to the Bay Area, Nick received a minor in Ethnomusicology from the University of Florida and graduated from the California Institute of the Arts with an MFA in World Percussion. He has trained with notable artists including Randy Gloss, Swapan Chaudhuri, Houman Pourmehdi, Andrew Grueschow, and Nani Agbeli. Recently, he has supported headliners at venues such as 1015 Folsom, 111 Minna Gallery, and the Phoenix Hotel.

Greg Kehret graduated from the San Francisco State University School of Music with a Bachelor of Music, emphases on Classical Performance. His musical pursuits have lead him to explore punk, funk, hip-hop, jazz, dream pop, Tango, European café music, afro cuban music, and in recent years collaborations with Florante Aguilar on The Harana Kings album, ASWANG and related projects. By day he directs the Media and Accessible Design Lab at the LightHouse for the Blind in San Francisco.