Presented in Mandarin with English Super-titles

Funded in Part by: 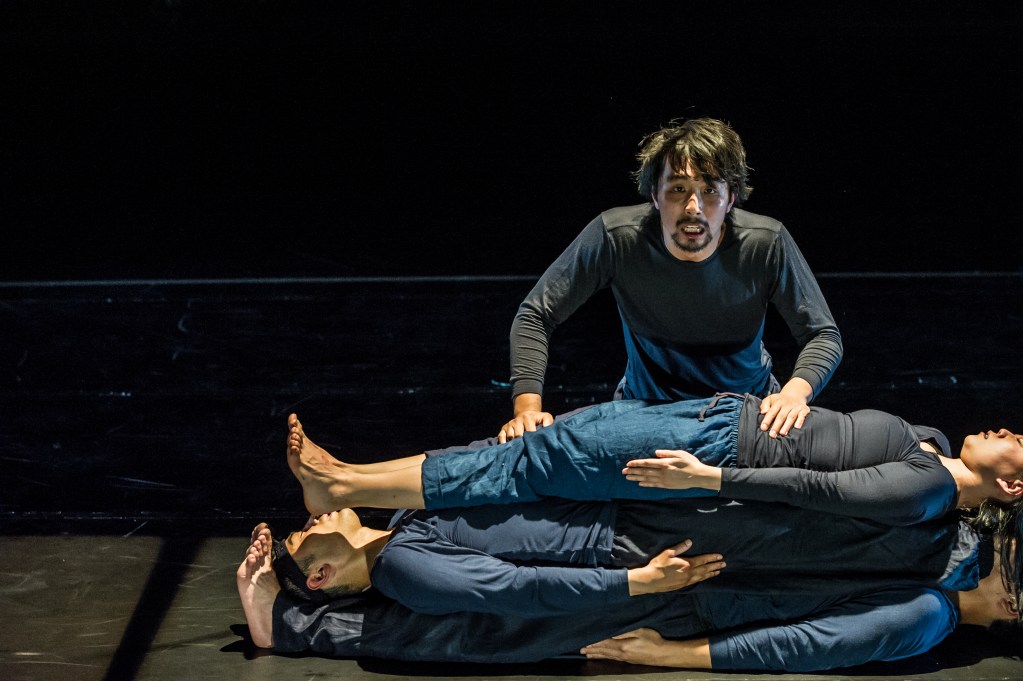 L’Orphelin 2.0 is based on The Orphan of Zhao, one of China’s oldest plays and the first to be translated into a European language. Described as the Chinese Hamlet, it is a luminous reinvention of an ancient legend. As with any classic, several versions exist. It first appeared in Zuo Zhuan, the well-known Commentary of Zuo on The Spring and Autumn Annals and then described by the great historian Sima Qian in his Records of the Grand Historian. But is there a ‘true’ version? Artistic Director Ata Wong Chun Tat said of the work, “L’Orphelin is more about how far one would go to stand up for the truth and what they think is right.”

Théâtre de la Feuille
Founded in 2010 by Ata Wong Chun Tat in Paris, Théâtre de la Feuille is a physical theatre group deeply influenced by the western methodology of Jacques Lecoq, interweaved with Eastern artistic traditions. While the group is now based in Hong Kong, it has gone on numerous international tours, performing on different global stages which include France, Italy, Croatia, Korea, Japan, Taiwan and China. Théâtre de la Feuille is eager to accumulate as many touring experiences as possible.

Théâtre de la Feuille currently consists of a group of 20 creative actors from a plethora of different cultures and backgrounds. Its actors receive custom-made and continuous trainings of traditional Chinese martial arts and Lecoq; together they emerge as a strong and unique ensemble of Hong Kong.

Ata Wong Chun Tat (Director)
Ata Wong Chun Tat is a director, choreographer, actor, movement coach and instructor. He is also the awardee of the 2017 Hong Kong Arts Development Awards "Award for Young Artist" (Drama). He graduated from the School of Dance in Hong Kong Academy for Performing Arts, and later on studied at École Internationale de Theâtre Jacques Lecoq (Jacques Lecoq) in Paris, France. Ata was one of the few Chinese artists who completed the three-year program and the courses in Le Laboratoire d'Etude du Mouvement.