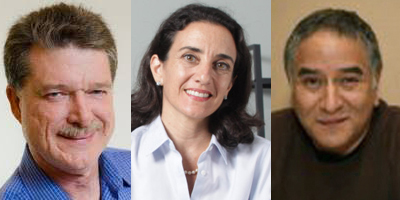 In the aftermath of what has been the most traumatic and costly year for securing work visas for international artists in the history of the San Francisco International Arts Festival, the organization will host a panel discussion with two leading experts on the subject of the political and policy landscape when it comes to obtaining work visas.

SFIAF sees this as a timely session as the industry contemplates the forced necessity of premium processing as standard—an outcome that will effectively more than triple the costs of applying for visas at a time when the likelihood of them being obtained is diminished.

We are terming it as a Quiet Crisis because Artist work visas are uniquely different from immigrant visas and the longer term H1B visas. But artists and arts organizations have become caught up in the political fight over immigration and border security.

The panelists will discuss changes in policy and practice at the United States Citizenship and Immigration Services under the Trump administration. In addition to the serious and more widely known issues such as the targeting of people from specific countries and regions, there are also the following problems that now have to be addressed by the arts industry in regards to organizations presenting the work of international artists.

Bill Martinez
Bill Martinez is an immigration attorney who specializes in the area of non-immigrant O and P visas for touring artists and intellectuals. A native San Franciscan, he is a graduate of the University of San Francisco and Hastings College of the Law. He has worked in the Community Law Collective, New College of California School of Law and the Volunteer Legal Services Program of the Bar Association of San Francisco. Bill co-founded the Encuentro del Canto Popular, a San Francisco-based Latin American music festival. His work with the Encuentro led him to become one of the nation’s leading experts in U.S.-Cuba cultural exchanges and artists’ visas. He co-founded Latino Entertainment Partners which produced historically significant concerts by Cuban artists.

Jim Mayock
James R. Mayock is a founding partner with E&M Mayock, immigration attorneys based in San Francisco, California while serving a global roster of clients. He has practiced law for more than forty years, and has represented famous and infamous figures including Mikhail Gorbachev and Boris Yeltsin. Mr. Mayock has also handled cases of political asylum including Pavlo Lazarenko, the former Ukrainian prime minister.

Mr. Mayock studied political philosophy at the University of Toronto, then returned to the United States to attend law school at Indiana University, Bloomington’s School of Law. He subsequently clerked for a prominent senator in St. Croix in the Virgin Islands and there, met Thomas Elliott, who was to become his partner in the formation of E&M Mayock. It was in the Virgin Islands that he also developed a passion for sailing.

Florence Chamberlin
Florence Chamberlin has more than twenty years of experience in immigration law. She has represented corporations and individual clients in proceedings before the various administrative offices of the Department of Homeland Security (USCIS, ICE, CBP) and at consular offices around the globe, providing strategic legal advice to HR partners and foreign national employees regarding US immigration issues, including H-1B, L-1, TN, PERM labor certification, immigrant visa petitions (Multinational Managers, Outstanding Researchers and Extraordinary Ability), and Adjustment of Status applications. She has extensive experience with complex family based immigration matters as well as removal defense before the Executive Office for Immigration Review (immigration courts) and the Board of Immigration Appeals. Ms. Chamberlin has lectured on a variety of immigration law topics at conferences and seminars throughout the United States and has travelled extensively representing clients worldwide.