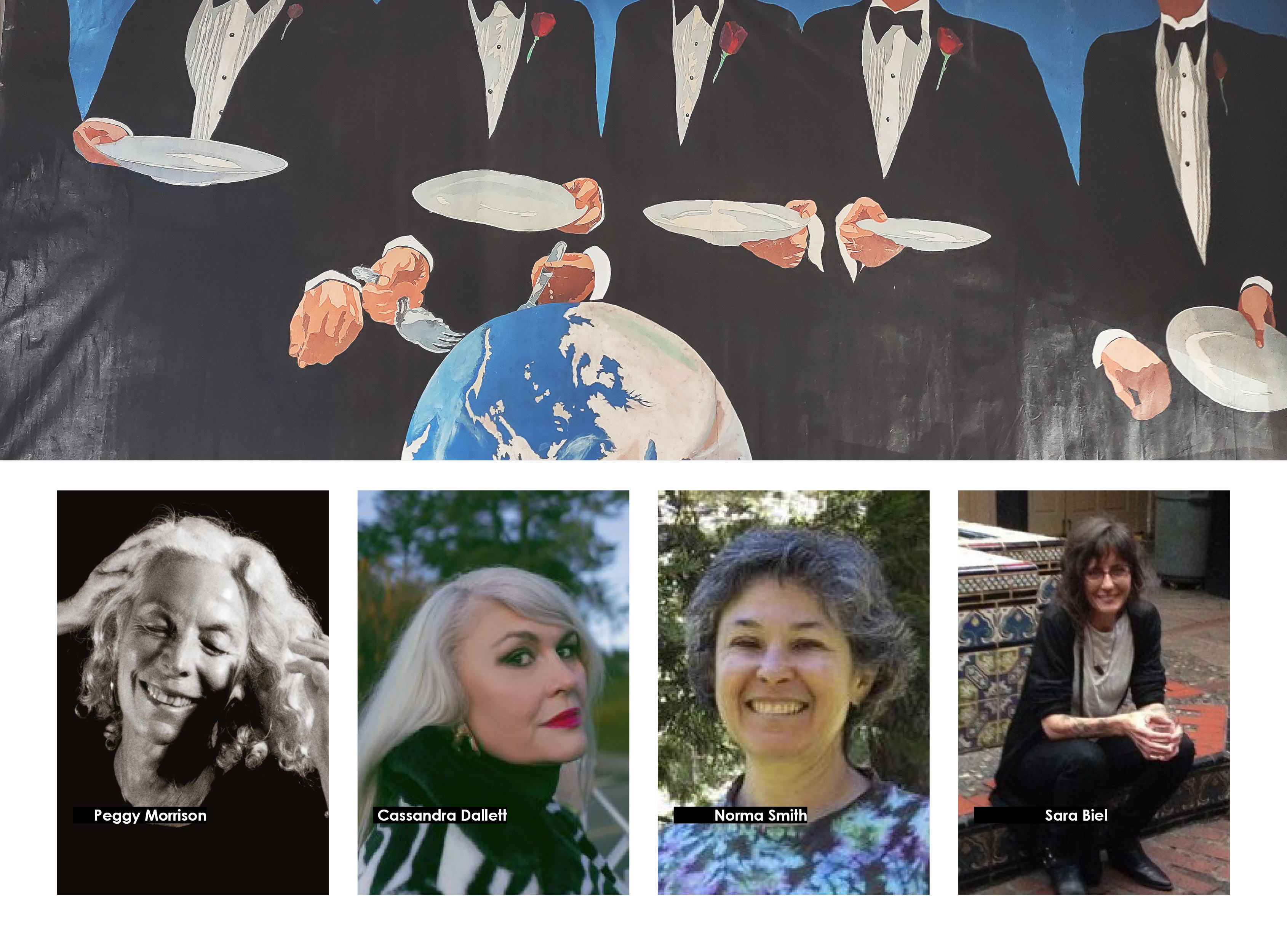 
Peggy Morrison is a California poet who lives and works in the San Francisco Bay Area. She has read poetry in English and Spanish in the US, Mexico and Cuba, and published in journals and anthologies including  Plants and Poetry, Colossus: Home, Narrative Paths Journal, Cloud Woman Quarterly, riverbabble, Poecology, Let the World Wonder, Naked Bulb Anthology, Day Without Art. She has published one book of poetry: Mom Says (2020, Mom Says ). Peggy is a mom and a bilingual teacher and she loves reading, gardening, music, and backpacking.

Cassandra Dallett
Cassandra Dallett lives in Oakland CA. Cassandra has published multiple chapbooks and full-length books of poetry, (two of whichOn Sunday, A FinchandCollapseboth on Nomadic Press, were nominated for CA Book awards.) She has been nominated for six Pushcart Prizes and was recently in the running for Oakland’s first Poet Laureate, Cassandra has graced many stages, hosts the weekly writing workshop ONTWOSIX, is co-host of the quarterly-themed reading series MoonDrop Productions, host of The Badass Bookworm Podcast, and The Badass Bookworm’s Lit Loft. Her most recent book of poetry,A Pretty Little Wildernesscame out on Be About It Press June of 2020.

Norma Smith
Writer, educator, community scholar Norma Smith was born in Detroit, grew up in Fresno, California, and lives in the East Bay of San Francisco. Her writing has been published in literary, political, and scholarly journals. HOME REMEDY, a book of poems, was published by Nomadic Press (2017).

Sara Biel
Sara Biel is a poet, visual artist, and social worker living in Oakland, California. She is coeditor of the Colossus Press anthology series. Sara’s poems have been published in sparkle and blink, Button Eye Review, and Beyond Words literary magazine. She won honorable mention in the Streetlight magazine 2021 poetry contest. Her work has been included in the poetry anthologies, “Our Spirits Carry Our Voices” and ‘Words Upon the Waters.” She is interested in creative process as a medium for change, healing, and community building.