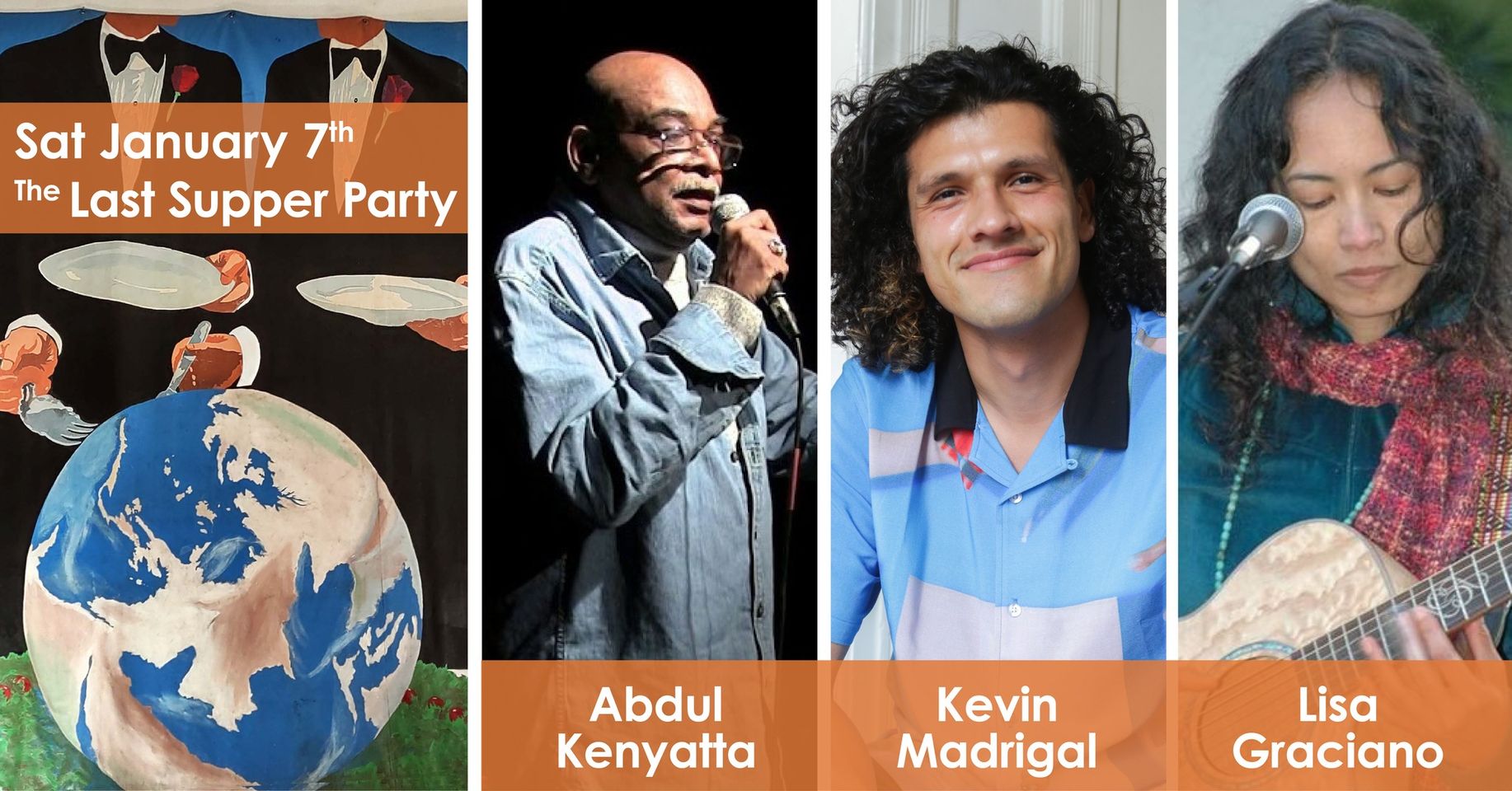 
Abdul Kenyatta
Abdul Kenyatta is the Executive Director of the Speakeasy Storyteller Series. He is an award-winning storyteller and spoken word champion, including the Dirty Haiku Champion at Tourette’s Without Regrets and the 2017 Bay Area Liars Competition. He writes for NPR and Snap Judgment, in addition to singing jazz and blues. “Have Stories, Will Travel.”

Kevin Madrigal Galindo
Kevin Madrigal Galindo is an advocate of food sovereignty that is reimagining health with ancestral Mexican cooking. He is a first-generation Chicano hijo de su chingada madre from South San Francisco by way of Zapopan, Jalisco. His first chapbook “Hell/a Mexican” is out now with Nomadic Press. In his free time, you can find him eating peanut butter and feeling his feelings.

Lisa Graciano
Lisa Graciano is a singer, songwriter and guitar player with extensive experience in performing live. She spent her formative years in the alternative music scene in her hometown, Manila, before moving to Amsterdam where she played the European folk, jazz and blues music circuit. She now lives in Berkeley and leads the gamelan-infused band Purnamasari.